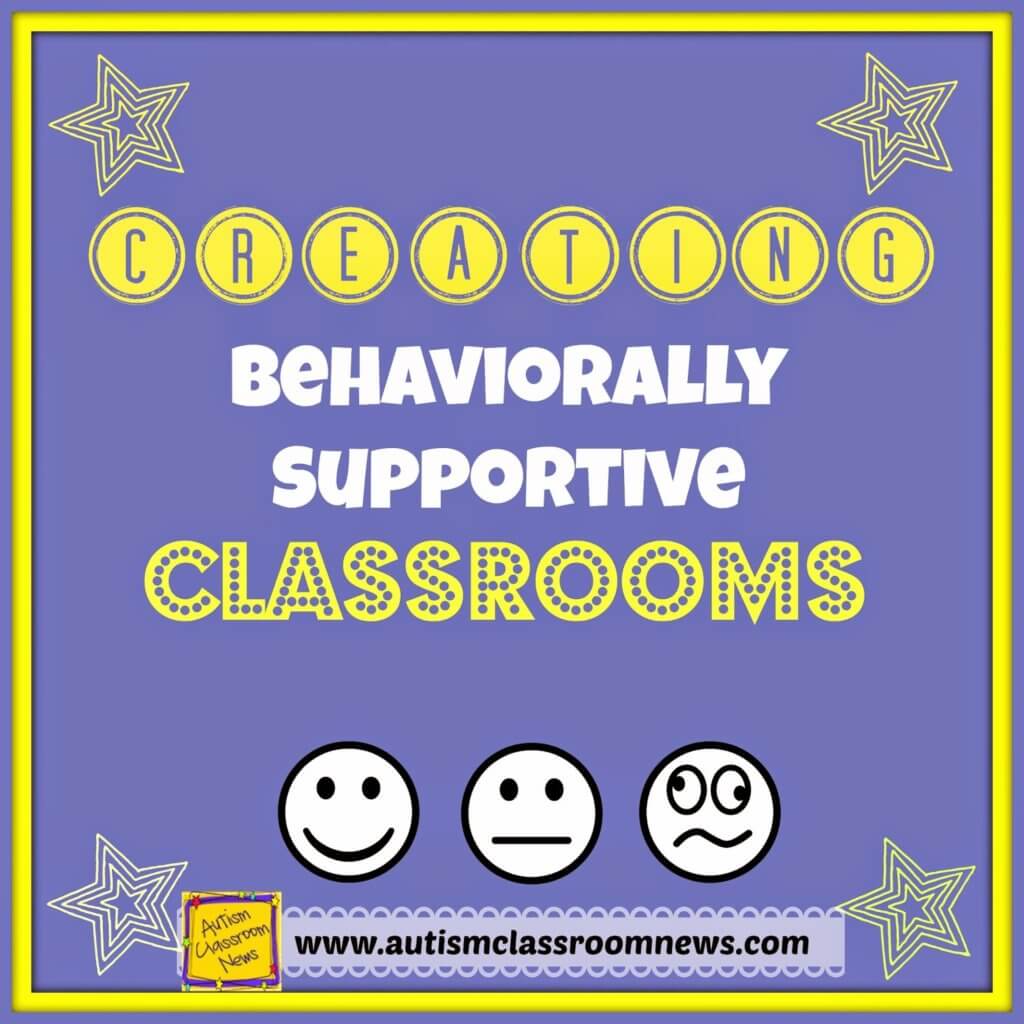 One of the first steps in creating behaviorally supportive environments is to assure that you have provided clear behavioral expectations.  This includes setting the expectations and making them visible, as well as teaching the students what they are.  What that looks like varies with environment.  For instance, for a high school chemistry teacher, it might involve teaching the classroom procedures at the beginning of the year and then writing them on the board.  It might involve teaching the students whether to raise their hand to participate and when the homework is expected.  Often the school rules would apply in this situation, but a supportive classroom would assure that there are a set of behavioral rules posted in the classroom.  These might involve Be Respectful, Be Responsible, and Be Cooperative. For a kindergarten classroom, it would be establishing the classroom rules in a visual form and reviewing them frequently.  For more ideas about creating clear rules and expectations, as well as a free set of visual classroom rules, check out my post on rules and Mindful Rambles’ post and linky on classroom management.  This article is also a good resource.

The more consistency of routines throughout the day.  We all like structure.  There is a reason that TV networks don’t change their TV schedule and show the same show at different times and days each week.  We would have a difficult time finding them to watch and we would probably give up.  Structure and routine allows students to focus on the work instead of worrying about the schedule.  So, for that high school chemistry class, this would involve a set syllabus of course work with clear routines for turning in homework and late assignments.  It could also include a common structure for how class is conducted (e.g., review of the concept followed by independent or group student work).  The chemistry teacher can make this clear to the students by writing the list of tasks to be completed during the class on the board.  For a kindergarten classroom, it would mean having a consistent schedule followed each day and posting that schedule in a way that the students can understand.  Since the students aren’t readers, visuals are a good way to present that.  This free download from Cara Carroll from First Grade Parade is a great way to do that in a typical kindergarten.

Have a reinforcement system tied to your expectations / rules and recognize when students follow the rules and when they exhibit acts of kindness and cooperation within the classroom.  The more that you reinforce positive behavior, the more positive behavior you see and the less time there is for negative behavior.  By praising it and reinforcing it publicly, you highlight a model for other students to follow.  Remember that praise may not always be the most effective reinforcer for all students, so tying other reinforcers to the behavior in some way may be helpful.

In general, you want to try to have 4 (or more) positive comments focusing on appropriate behavior for every 1 redirection or comment about a negative behavior.

Responses to challenging behavior or misbehavior should be consistent across staff and over time. They should be established with the expectations and followed through with consistently.  Just be careful that if you have a behavior management plan in place, that students have the opportunity to win in the system and can’t dig themselves into a hole they can’t recover from.  If that happens they divest themselves of the system and motivation drops to behave. Try redirecting to the appropriate behavior as much as possible and try to focus on the positive you want to see instead of the negative.  For instance, don’t just tell a student to stop running.  Tell him what you want him to do (i.e., Please walk in the hallway).  Redirect TO something.  Rather than saying stop hitting, try redirecting to what you want him to do that is incompatible (i.e., pick up your pencil and get to work please).  This keeps from highlighting the negative behavior for the class.  Research tells us that teachers who comment frequently on negative behavior have MORE negative behavior rather than less, in part because that is what gets the attention.  If you need to provide a consequence for a behavior based on your behavior management procedures, try to do it under the radar rather than publicly.  Students who are publicly shamed on a regular basis by being called out for their negative behavior are more likely to become LESS invested in the class and act out more frequently.

So long and short of it is, while we think that correcting behavior sends the message to the rest of the class to stay on the straight and narrow, it actually increases the negative behavior of the whole class and can severely negatively impact the behavior of the student who is often the focus of the negative attention.

There is a great lesson on fair not being the same as equal on Pinterest that involves having a student who needs a bandaid and going around and giving every student a bandaid.  Kids are likely to say that they don’t need a bandaid, which presents an opportunity to talk about the fact that just because one student needs something, doesn’t mean another does.  Just because Sarah wears glasses, doesn’t mean everyone in the class needs glasses.  While this lesson takes some instruction with the students, it’s a life-long lesson that is important for them to learn.  So, some students are going to need more reinforcement or more frequent reinforcement.  Some students won’t need reinforcement as often to stay on track.  Allow your system to account for these individual differences to manage the behavior of everyone in the class. 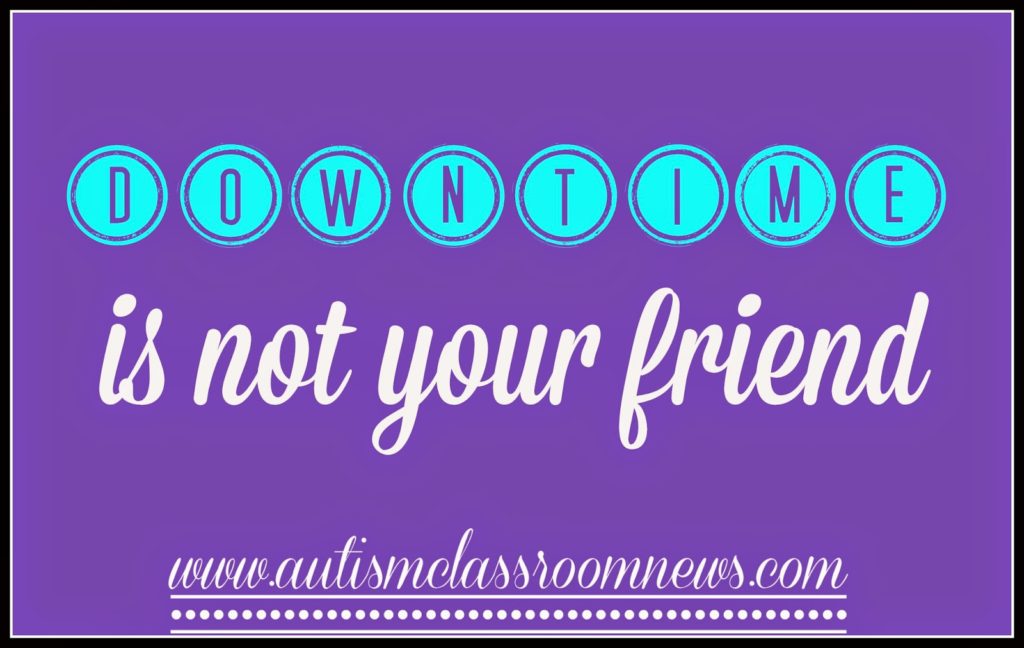 The more that students are engaged in meaningful activities that they enjoy, the less time there is to misbehave.  Look for strategies, like response cards that allow every student to answer every question instead of raising their hand and being called on or only one student coming to the board to do a problem while the others watch, can be an effective way to increase engagement.  Center-based activities can be another way.  The use of structured work systems as a center also allow active engagement in maintenance tasks during independent work time in the classroom for students with special needs.  In general, if the students are having fun, they are more actively engaged which prevents challenging behavior.

So, that’s where I will leave off for now and next time I’ll a little more about classroom management systems that can be effective for a variety of learners and meet the needs noted above.  In the meantime, what strategies do you find to be useful for promoting appropriate behavior?

And, as an extra, I had a request for the format of a social story to help students who are moving to new schools.  Because this seemed like something that required real pictures of the actual people and places, I made a format that is editable so you can add names and pictures.  It’s a PowerPoint but you also should be open it in Google Docs if needed.  Click here for the free My New School social story. 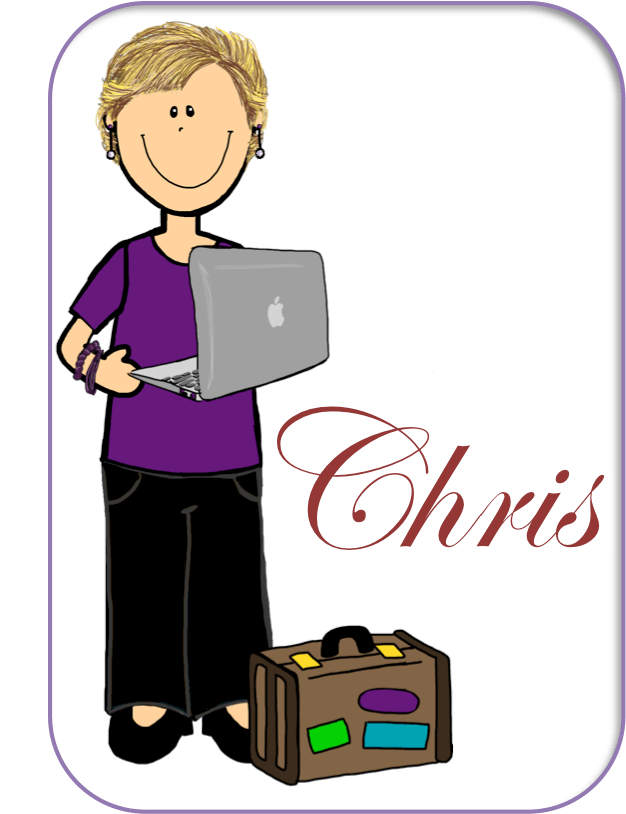 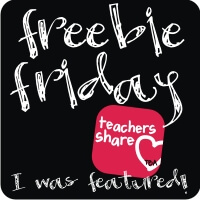 13shares
« Positive Behavioral Support: What Does That Mean?
What Makes a Good Classroom Management System »