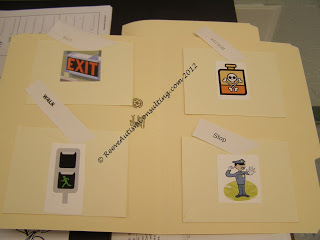 So in the task above, the student matches the sight word to the corresponding picture.  The words are written in all different fonts.  The teacher would only include the words that are related to the pictures in this folder and only as many as the student was able to complete independently. 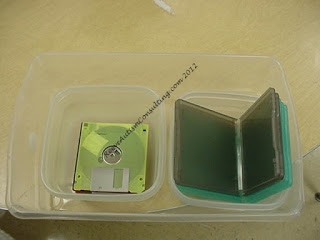 In this slightly dated picture (since we don’t really use floppy disks anymore), there are the same number of disks as containers so the worker doesn’t get confused about leftover materials. 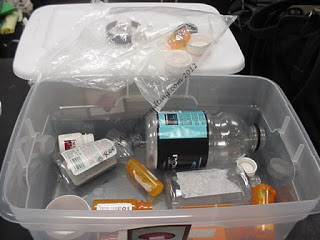 In this task the worker is supposed to put the tops on the bottles.  The task is doable since containers and tops are distinguishable, but it would be easier for the student to do the task more efficiently if they were in separate containers.

There is alot more information about work systems in our book Building Independence: How to Create and Use Structured Work Systems, which provides step-by-step directions and tasks that are separated into those appropriate for preschool/elementary and secondary/adults.